User-friendly but more difficult than you think

The reservoir is obviously the possibility of fishing outside a season that is always too short for our passion. But it is also the possibility of finding these quality waters, full of fish and protected, which have become so difficult to find nowadays if you are not lucky enough to live in certain privileged regions of contemporary France. Often considered as a winter fishery, practised during the closing season, and as an easy fishery on unnoble fish, it is in reality a discipline in its own right, requiring a real sense of the water and often technically demanding. To approach the reservoir and maximise your chances, specific equipment is required. 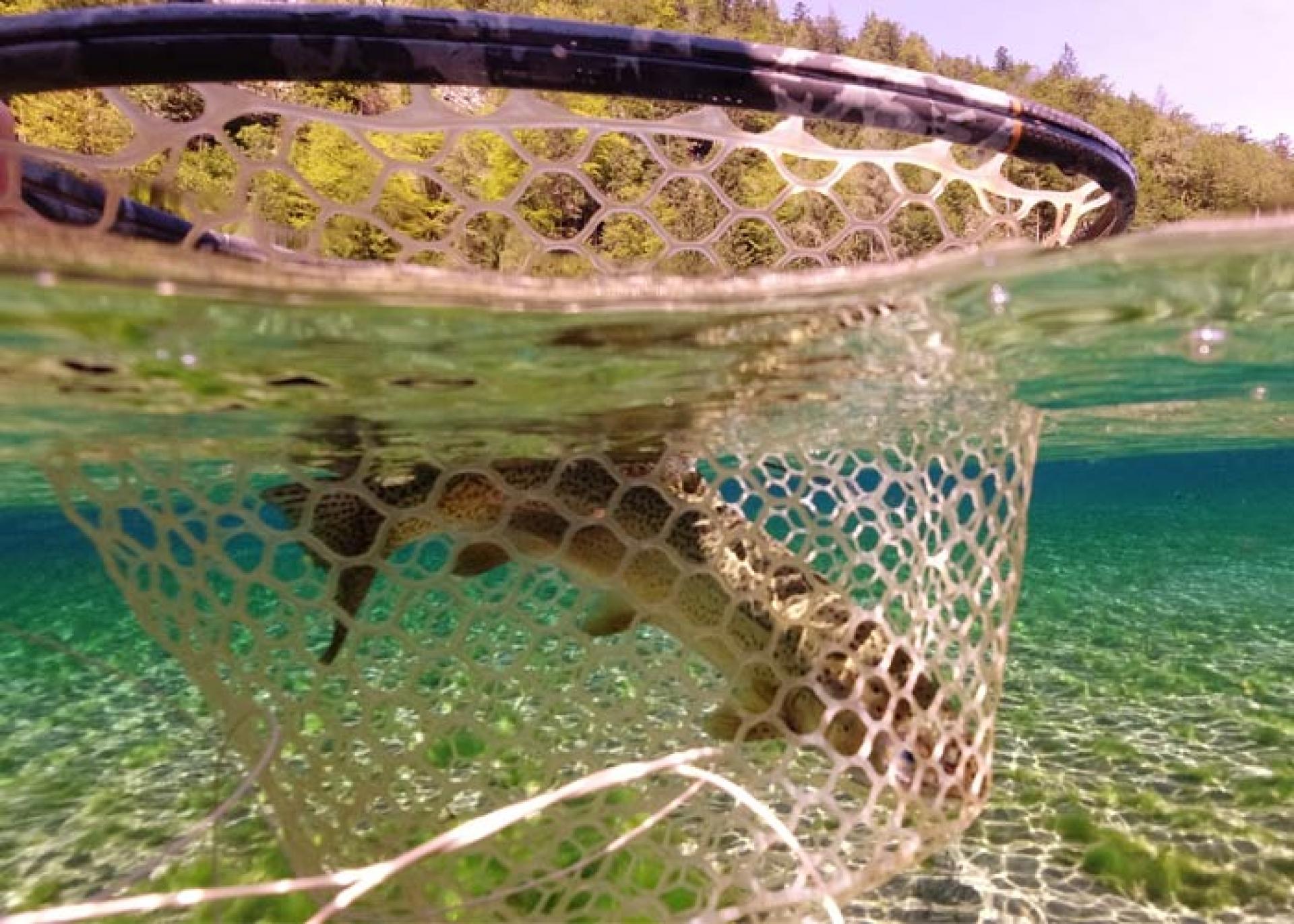 The main problem for the fly fisherman in the reservoir is undoubtedly the distance. A little too much, in fact. There is often good fishing to be done by being very mobile, discreet and attentive to the edges, rather than by stubbornly pounding a single distant spot where trout are marauding with their mouths closed by the barrage they are the target of. But there is a good reason for associating reservoir and distance fishing: in most cases, the fish are under fairly constant fishing pressure on the banks. They learn to be wary of it pretty quickly, and seem to take vicious pleasure in gobbling three metres further than your best cast... Anyone who has experienced this kind of frustration has felt the imperative need to extend the shot. A tank rod must therefore above all meet this need.

The question of what is the optimal rod for long distance fishing is a much debated one. The least debatable point, by far, is that the only way to fish correctly beyond 20m is to train seriously. The distance is first in the perfection of the gesture. This does not mean, however, that all rods allow you to go far with the same ease. In general, there are two important parameters: length and power.
For the length, most specialized anglers prefer rods around 3m (10'). The price of length is the loss of manoeuvrability and fatigue. A responsive and light blank is preferable to limit these effects. The advantage of a long rod is that it allows you to extend your shot easily, even if you don't master the double pull. Another strong point: the length helps to manage a leader with several flies, the first of which will block in the head ring. Finally, a long rod makes it easier to hold the line in the air, which is important on crowded banks and when fishing from a boat.
In terms of power, we prefer to use a number 6 to 8 line. These lines, relatively heavy for trout, make it easier to reach long distances and to get through the wind, which is very often present on a body of water.

The ideal rod is therefore a good caster, capable of holding a good length of these lines in the air. Combining lightness and power, offering a good control of the line, these blanks are necessarily instruments of high technicality. Indeed, the length tends to amplify the design defects and does not forgive mediocrity. The three blanks we have chosen belong to the same family: the NFC FA. Designed by Al Jackson, a true prodigy of blank design and worthy heir of Gary Lommis at North Fork, they have in common a fairly good lightness in the hand, but above all an incredible directionality which gives the angler excellent control of the tip and therefore of the line. These blanks are really designed for casting, and casting far. They also benefit from a characteristic that is the NFC signature throughout its range: a large reserve of power that is entered without ever encountering a hard spot. This particular roundness is a major asset in combat, where the smooth and predictable build-up of power allows for very good control of the fish.