The biggest, the most powerful...

In recent years, tuna has made a big comeback on the western side of Europe. Now, from the beginning of August, it is not uncommon to see 200kg monsters chasing a ball of anchovies in a pack, causing a real Jacuzzi. Of course, trolling tackle is much more suitable for reeling in a 200kg tuna comfortably, but the pleasure of a popper attack is far superior to a live start. Before talking about equipment, it should be remembered that a good physical condition is necessary before embarking on these real sporting events which can be like a mix between MMA fighting and a marathon. 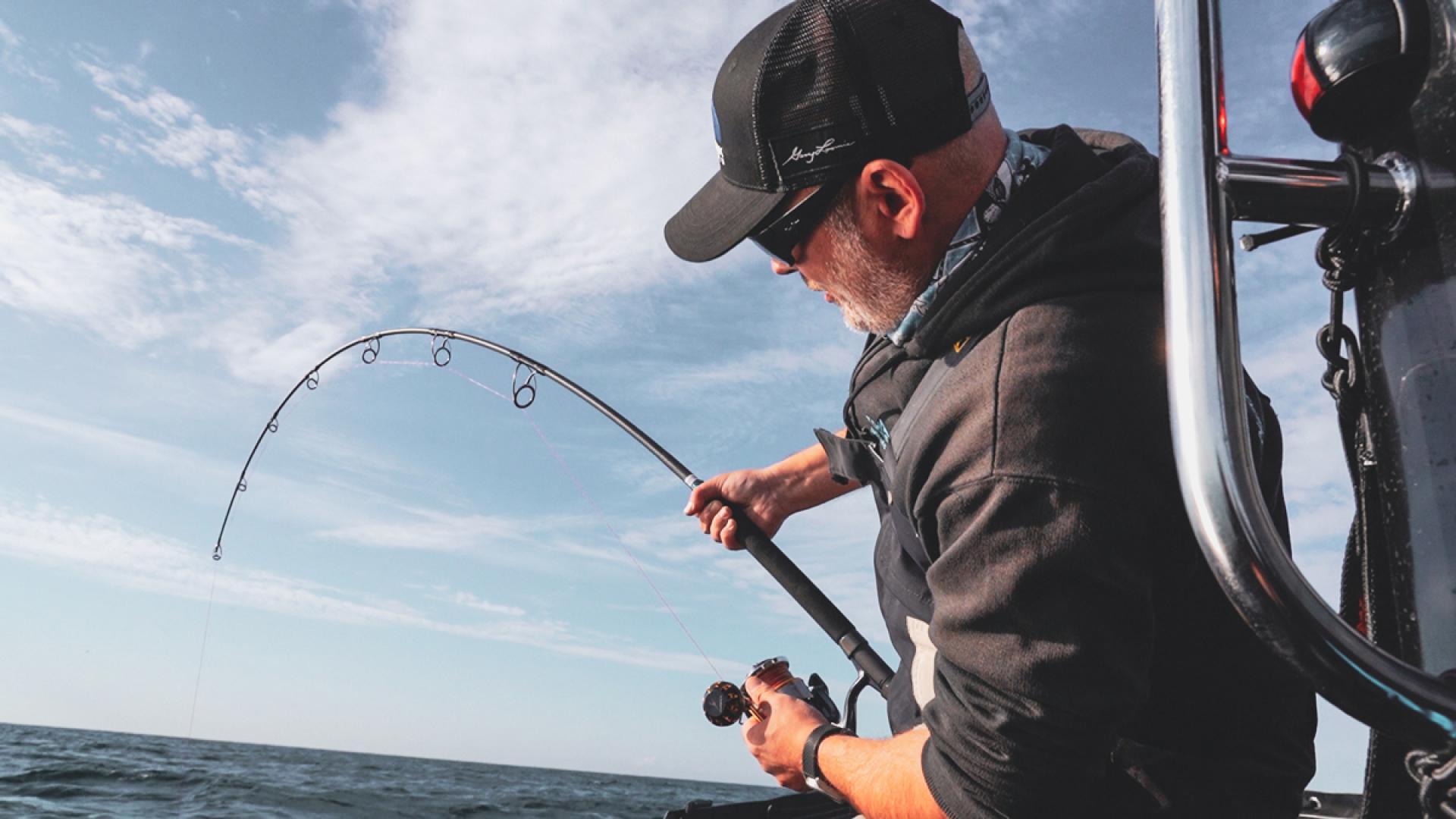 The growth of this market has led to the appearance of 200-250-300-400lb rods. Honestly, it doesn't mean anything anymore because everyone says what they want without having to justify themselves.  In exotic fishing, there are line classes that are known and recognised: 50-80 and 130lb. The purpose of these classes is to validate records and above all to give a true idea of the power of the rod. By dividing this power by 3, we obtain the weight of the rod in kilos with which we can fish comfortably. For example, an 80lb blank (36kg) fishes well with 12kg of drag. To increase the power, some brands have replaced this class of line by the "Target Fish". So we find ourselves with rods named 250lb, but only with a max brake of 15kg at 45 degrees! Some brands assume this notion of "Target Fish", others leave it vague. In the end, we find 130lb rods, more powerful than 250 or 300lb. The most precise notion to remember is the maximum drag power that the rod can take at 45 degrees.

It took several seasons to try, analyze and build the perfect blanks for our fish. Not finding what we wanted from our various suppliers, we established a specification and entrusted it to North Fork Composites. After many ups and downs, we were lucky enough to benefit from the arrival of a new carbon material, "Air Carbon". This new material really impressed us during the tests and allows us to produce extremely light and powerful blanks.

When we received the prototypes, we used our new machine to test these blanks. We did not reach the limit of the blanks and stopped at 30kg at 45°, which is already monstrous! We know that nobody fishes at 30kg, but at 18 or 20kg, the blanks are very comfortable and leave a huge safety margin. It is for all these reasons that the blanks are announced class 130lb.

. The 3 versions of RPK have a similar tip, being able to cast and be effective between 60 and 200gr.

North Fork Composites RPK 70 : 2m13, the shortest, the only single-stranded and the lightest on the scale of the three RPK. It will be preferred by anglers who do not go on exotic trips and fish a lot with soft lures. With a butt size of less than 18mm, the 4 reamer kit is enough to work the EVA grips. This single reamer gives the angler confidence and is perfectly suited for finding the "big one"!

North Fork Composites RPK 72 : The 72 is an excellent compromise between length (2m17) and power. Keep in mind that the longer the blank, the harder the fight will be for the angler. This butt joint version (1+1) also leaves the possibility to be taken on exotic trips to fish big GT jacks like in Madagascar or Oman. With its 19mm butt diameter, there is no need to reamer with the EVA grips which are recommended. Building a tuna rod handle has never been easier.

North Fork Composites RPK 78: At 2m34, this is the longest of the three RPKs. It allows you to cast at very long distance and to have a very good amplitude of animation for the poppers to make a big trail of bubbles. Like the RPK 72, there is no need to reamer to build the handle.